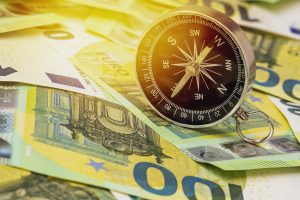 The European banking system’s assets quality has improved further and the ratio of non-performing loans (NPLs) has declined, according to the European Banking Authority (EBA) Risk Dashboard Q3 2021.

As of the end of September, the average ratio of NPLs in the EU was 2.1%, decreased to EUR 419 billion in absolute terms. There was decline in loans to households, corporate real estates, as well as to SMEs (see the chart below). There was an improvement even in the sectors affected by the COVID-19 restrictions, according to the EBA data.

Bulgaria has also reported a decline in NPLs in all segments, but their ratio is higher than the EU average levels of the indicator. Only Greece has been ahead of Bulgaria, mainly due to SMEs’ overdue loans. In just a few months, however, the ratio of NPLs in this segment in Greece has fallen dramatically – from over 40% to 22% as of the end of September. Greece has a plan to reduce bank NPLs in several stages, so over the past year banks sold a significant amount of old NPLs to specialized debt management companies. It helped banks in the country to clean up their balance sheets and to finance new business activities.

There were such deals in Bulgaria too, including overdue loan packages accumulated during the global economic crisis after 2008. Most countries with NPLs ratios higher than the EU average levels are from Central and Eastern Europe, as well as countries in Southern Europe and Ireland.

Loan volumes under current moratoria decreased further in Q3 2021. As of the end of September 2021 they reached EUR 50 billion, with more than two thirds belonging to corporate clients. The moratoria have gradually expired in EU countries, so it is expected to increase the ratio of NPLs. In Bulgaria, the moratorium expired at the end of 2021.

According to EBA’s data 6% of loans under existing moratoria were reported as NPLs and 33.6% were classified as underperforming (stage 2). There was a slight increase of loans with expired moratoria – they reached 4.9% and their level increased gradually in 2021.

The future of lending and the quality of bank assets is highly related to the effects and measures against Omicron, the new strain of COVID-19, the EBA said. The growing macroeconomic uncertainty and the phasing out of state financial support for businesses and households could challenge lending rates and asset quality. A recent study by the European Central Bank showed a strong demand for loans. Banks are gradually tightening requirements on loans to households but they have been unchanged for corporate clients. The potential overvalued housing market has remained a source of concern. The development of specific sectors such as corporate real estates should be closely monitored, according to the EBA.