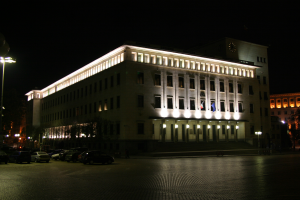 Non-performing loans in the Bulgarian banking system decreased again, according to the latest BNB data. As of the end of June NPL are 5.24% of all credits and avances, 0.26 percent points down for only three month. Consumer and corporate credits are increasing the share of NPL, noted the detailed report. The overdue debt is smallest in the mortgage loans – less than 3% of them are not serviced. Compared to all loans in the banking sector, non-performing mortgages are 0.56% (see the chart).

Overdue loans decrease both in absolute as a share and as an absolute value – in just three month their drop is BGN 122 million. So, on one hand the growth of lending helps to reduce the percentage of NPL, and on the other hand regular sales from banks to specialized collecting companies also supports the decline.

Аnalysis by overdue period shows that at the end of June loans without payment for more than 180 days had the largest share of all NPL. Debts with 90 or less days of decline payment are fewer, and only 0.37% of credits were not paid in a period between 90 and 180 days. According to the EU rules debt in 90 days overdue is classified as NPL. BNB does not publish separate statistics for the so-called Stage II loans – credits in risk of becoming insolvent, but still have a small payment delay.

Costs for NPL decreased in the second quarter of the year, shows banking system data. The accumulated impairment due to provisions and credit risk was BGN 3.492 billion at the end of June, compared to BGN 3.627 billion in the first quarter.