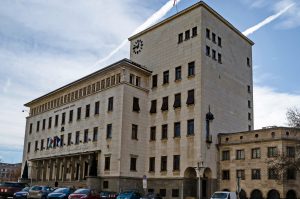 Non-performing loans (NPLs) in the Bulgarian banking system decreased in 2021, according to Bulgarian National Bank (BNB) data. Compared to 2020, the share of NPLs has declined in both mortgage, consumer and corporate loans. As an absolute value the increase was only in consumer lending. Thanks to the active granting of new loans, share of consumer NPLs also decreased as a part of the whole portfolio.

As of the end of December only 6.03% of bank loans had not been serviced for 90 days and more. At the end of 2020 they were 7.45% of the portfolio. The largest share in overdue debt is in corporate and consumer loans. A few days ago in its periodical edition EBA Risk Dashboard the European Banking Authority pointed out corporate loans as one of the reasons for the relatively high share of NPLs in Bulgaria. In recent years, despite continuing decline, their level remains above the European average. Only Greece and Cyprus are ahead of Bulgaria on this indicator. At the end of September NPLs in Europe were barely 2.1%.

In Bulgaria only in the mortgage loans the situation is similar to the average levels in EU and European Economic Area – 3.62% of them are not regularly serviced at the end of 2021. The explanation is both active new lending in the sector and the decline of overdue debt in absolute value. In its latest bulletin the BNB warned again of the property market risks and the danger of many loans becoming overdue in the case of economic shocks. Trying to calm the market, the Central Bank announced an increase in the countercyclical capital buffer – a type of reserve, set aside by the banks.

Selling large packages of NPLs is one of the ways for the banks to clear its balance sheet. With a few big deals the Bulgarian banks have reduced their non-performing expositions. Some of the banks regularly sell relatively small packages of NPLs. For the being the concerns about significant increase of overdue debt after the expiration of credit moratoria, are not justified. The last “payment holiday” for bank loans expires on 31 December 2021. The terms of the earlier “credit vacations”, imposed due to the COVID-19, have expired in the months before.

The interesting fact – there is a little change in the credits, which are out of service for more than 180 days. According to the EU rules, debt, non-serviced for 90 day, is considered for NPLs. BNB published detailed data for three different periods. Loans without payment for more than 180 days, are 3.37% of whole credits and advances, which is 0.57 percent points decline for the year.