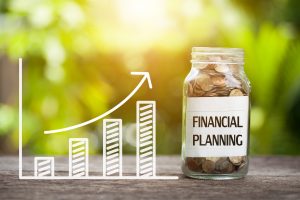 Rising inflation rate and a new global crisis threaten the recovery. This is the main concerns of people in the EU, according to the survey Financial Wellbeing Barometer. At the time of writing, the Russian invasion of Ukraine has very much clouded the near-term outlook of the European economy.

Germany, Austria and Switzerland are the countries with the best financial wellbeing. Austria is in top position, but there is still a slight deterioration compared to 2020. In Germany the deterioration is bigger and so these two countries exchange first and second place. Bulgaria is not included in the study.

Austria is on the first place thanks to resilient household disposable incomes, along with consistently high financial literacy, such as proficiency when it comes to identifying key financial terms. The position of Germany is similar – high disposable household incomes have supported German consumers through a period of political uncertainty and soaring inflation.

In 2021 we can see a slight change in the ability of people to save the money for the future. In Switzerland, economists predicted in 2021 that consumers would drive the recovery by spending
their money, saved during the crisis. But the survey shows different picture –  rise in the proportions of Swiss consumers saving money each month. From the Central and Eastern European countries the best position is for Czech Republic (see the chart). Despite the country’s comparatively low household disposable income, 79% of Czech respondents said they had never been late in paying a bill over the last 12 months. For comparison – the average share in Europe is 68%. Even before the Czech Central Bank raised interest rates to 4.5 per cent in February 2022, the Czech consumers are diligent savers – 40% of people save at least 10% of their salary each month.

In Southern Europe financial wellbeing is not verry good. The COVID-19 pandemic decimated the travel and hospitality industry and deepened pre-existing household debt and financial instability in countries such as Italy, Spain, and Greece. A little over a year later, Italy, Spain and Portugal all show improvements in their financial wellbeing, but for many peope the crisis continues. Greeks worry about slow recovery. After more than a decade of economic and financial crises, Greece has the lowest financial wellbeing in Europe among the countries in the survey. The people in Greece are at the bottom in the ability to pay bills on time, immediately ahead of the people in Hungary.

Curiously, in terms of financial literacy, the Greeks are much ahead – in 9th place, climbing two places compared to 2020. The most literate and financially educated are people in Finland, Sweden and Ireland, and the worst – in Belgium, Italy and France.