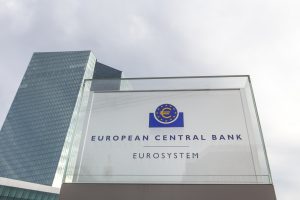 Non-performing loans (NPL) in the euro zone have fallen below 2% – their lowest level since the statistics on them were published, according to data from the European Central Bank (ECB). The decline was due to a slight increase in lending and a slight decline in the absolute value of NPL. According to the EU rules loans with more than 90 days delay in repayment are considered as NPL.

This is another step in the continuous decrease of NPL in the euro zone area – since 2015, when statistics began to be published, every quarter the level of overdue debt has been lower than the previous one (see the chart below).

The euro zone bank’s assets are increasing and to the end of March they are worth nearly EUR 26.5 billion. Fears about rise in NPL after expiry of moratoria are not justified for now. However, fears remain – according to ECB data, Stage 2 loans (with a short delay, at a risk of non-performing) are rising for the second quarter in a row.

Europe’s banks, long seen as a systemic risk for the economy, maybe at their healthiest in years, according to the latest official figures, commented the Fortune magazine, citing the latest ECB data.

The continent’s ailing financial sector famously spawned the term “doom loop”, a vicious circle when falling credit ratings for sovereigns lead to downgrades for banks, which further feed fresh doubts on the sovereign. This helped spark the euro zone debt crisis that presented an existential risk to the euro ten years ago, noted Fortune

Previously there was no coordinated oversight, with national authorities interpreting banking risks differently despite the region sharing a common currency and monetary policy.

“The euro area banking sector has entered the year with strong capital and liquidity positions. The pandemic on average has not had an impact on banks’ non-performing loans, and for the time being it appears as if risks from the war in Ukraine appeared to be contained”,  ECB told the magazine.