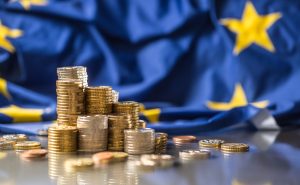 Concerns about non-performing loans have led to a slight increase in corporate lending requirements, the European Central Bank’s latest survey shows. The ECB’s surveys are conducted regularly among banks in the euro area. The latest of which was released between June 10 and 28 among 153 credit institutions, which report their observations of the past quarter and expectations for the next.

According to the survey euro zone banks noted a small net tightening of their credit standards for loans to enterprises, asking for loans, due to NPL impact. In household lending, including house purchase credits, there is no such effect.

Banks cited increased perceptions of risk, costs related to their capital position, access to market financing, and pressure related to supervisory or regulatory requirements as contributing to a small net tightening impact of NPL ratios on lending conditions in the first half of 2022. At the same time, costs related to balance sheet clean-up had a slight easing impact while banks’ risk tolerance and liquidity positions had a neutral impact on lending conditions.

A few days ago the ECB increased the key interest rate by 0.5 percentage points, to 0% for overnight deposits of commercial banks at the Central Bank. The interest rate on refinancing operations rose by the same step to 0.5%, and for credit facilities – to 0.75%. ECB gives signals for a continued increase in the interest rates, as the Central bank has already announced that they will take measures until the 2% inflation target is reached.