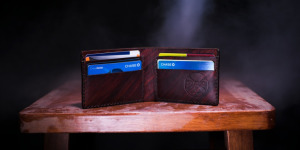 At the beginning of this year B2Holding, the owner of Debt Collection Agency (DCA), acquired a portfolio with a  value of EUR 800 million euros NPL in Croatia. The purchase was made in a joint-venture partnership between the Norwegian holding and the DDM Group, and the seller was Heta Asset Resolution. The portfolio is composed of secured corporate loans. The regulators’ authorization is expected by the second quarter of the year at the latest.

At the end of November Alpha Bank – Greece sold corporate loans with a nominal value of EUR 1 billion to a consortium of funds, leaded by Apollo Global Management and International Finance Corp. Non-performing loans are debt of small and medium-sized companies, mainly secured by real estate. The price of the acquisition was announced at 33.6% of the face value or EUR 337 million.

A few days ago, Romanian Patria Bank announced that it has signed a contract to sell a EUR 106 million portfolio of NPL to Kruk Group. The sale is in two parts, the first was transferred in October. The transfer is for EUR 52 million nominal, unsecured consumer loans. The second portion for EUR 54 million secured consumer and corporate loans was transferred in January.

In Romania the NPL market outruns a number of SEE countries – the big “cleanup” of bad loans was in 2017 when deals for EUR 2.1 billion of NPL were concluded, Seenews.com reported. Last year they fell to just EUR 1 billion value.

Recent data on NPL in the EU show at the end of June an average gross level of 3.4% for all banks in the Union. At the end of September overdue loans were 8.5%.

In October B2Holding has signed an agreement with Eurobank Ergasias S.A. in Greece for the acquisition of a non-performing loan portfolio with a face value of approximately EUR 2 billion. Earlier in October Debt Collection Agency (DCA), part of B2Holding ASA, has signed an agreement to acquire a portfolio of EUR 250 million from Unicredit Bulbank. This portfolio was the largest one,  ever purchased from a bank in Bulgaria. In September the Norwegian holding has signed a deal with Moneta Money Bank to acquire a portfolio of non-performing loans for approximately EUR 47 million in Czech Republic.

In the beginning of this year NBG announced  that will concede NPL from small and medium-sized enterprises totaling 1.6 billion in a portfolio named “Symbol,” as well as a package of consumer loans – without collateral – worth 700 million euros. Both sales are expected to be completed within the first half of the year. Piraeus will also put up for grabs a package of consumer loans without collateral with a nominal value of 400 million euros, named “Iris,” along with a portfolio of a similar size containing shipping loans and named “Nemo”.

The situation in Serbia is more interesting. The clearing of the portfolios of Serbian banks is particularly dynamic, though there are no significant big deals in recent months. The level of bad loans in the country is lower than in Bulgaria and is approaching the EU average. By September 2018 their share was 6.4% of all loans, compared with 9.8% at the end of 2017, according to data from the National Bank of Serbia. Most (43%) are corporate and only 30% are households, the rest are classified as “Other”. The value of NPL in Serbia is EUR 1.2 billion.

Between March 2017 and March 2018, Serbia recorded the largest decline in bad loans in the Central and Southeast European region. The decline was 7.6 percentage points to 9.2%.

NPLs become a hallmark of the euro area banking sector, said Sabine Lautenschläger, Member of the Executive Board of the ECB, at the 14th Asia-Pacific High-level meeting, held a few days ago in Australia.

he banks therefore had a heavy burden to carry. After all, NPLs require special care and so tie up management resources. They also pose a higher risk of losses, require provisions, tie up capital and affect lending. Their effect on lending is what makes NPLs a problem that reaches beyond the banks”, commented Lautenschläger.