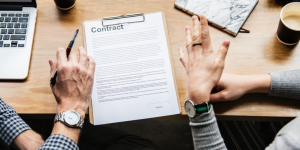 The B2Holding Group has in a 50/50 joint venture structure with DDM Group, signed an agreement with HETA Asset Resolution for the acquisition of a non-performing loan portfolio in Croatia composed of secured corporate loans.

The portfolio has a face value of approximately EUR 800 million. The acquisition is subject to regulatory approval and is expected to be closed in the first or early second quarter of 2019. The portfolio will be serviced within the joint venture structure, with assistance from B2Kapital Croatia. The acquisition will be financed by available liquidity and drawing rights under the bank facility.

“The co-investment structure is an important milestone in the development of the Croatian subsidiary B2Kapital and confirms B2Holding’s interest in acquiring portfolios in the Croatian market. The co-investment structure positions B2Holding for further growth and development in the Central European region, while simultaneously broadening our asset base and increasing revenues from third party collection business”, says Olav Dalen Zahl, CEO of B2Holding ASA. Even though this transaction is below the regulatory threshold for announcement, B2Holding discloses this transaction in order to be fully transparent with the J/V-partner’s announcement.

This is another big deal for the Nowegian holding in Southeast Europe. In October B2Holding has signed an agreement with Eurobank Ergasias S.A. in Greece for the acquisition of a non-performing loan portfolio with a face value of approximately EUR 2 billion. Earlier in October Debt Collection Agency (DCA), part of B2Holding ASA, has signed an agreement to acquire a portfolio of EUR 250 million from Unicredit Bulbank. This portfolio was the largest one,  ever purchased from a bank in Bulgaria. In September the Norwegian holding has signed a deal with Moneta Money Bank to acquire a portfolio of non-performing loans for approximately EUR 47 million in Czech Republic.