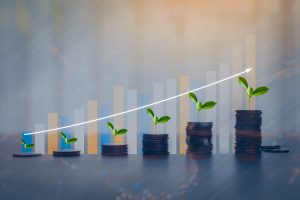 B2Holding invested ЕUR 54.4 million (NOK 566 million) in new portfolios in fourth quarter. The portfolios were mainly purchased in Northern Europe, and 98 per cent of the purchases in the quarter were unsecured portfolios. B2Holding has acquired portfolios totalling EUR 385 million (NOK 4.0 billion) in 2019, including the Group’s share of portfolios acquired and held in joint ventures. The group registered an increasing share of forward flow transactions in its debt purchases. The share of forward flows reaches 50-70% of the total portfolio, managed by the company in the mature markets.

“In fourth quarter 2019 we continued implementation of the new strategy. Within secured portfolios our focus has been on improving operations by adding more specialized resources and implement new recovery strategies. Our unsecured  portfolios continued to perform well, and we see a positive trend in main markets. Leaving behind a year with some challenges in the Group, I am confident that the new strategic direction will improve our profitability, strengthen our platforms and deliver continuing shareholder value going forward,” said Erik J. Johnsen, CEO of B2Holding.

At the end of the fourth quarter, B2Holding has over EUR 200 million (NOK 2.1 billion) available for investments, in addition to a strong operating cash flow from collections of purchased loan portfolios.Going forward, B2Holding sees a good market for portfolio acquisition. The Group continue to evaluate more co-investments in existing markets, which is expected to further increase revenue.