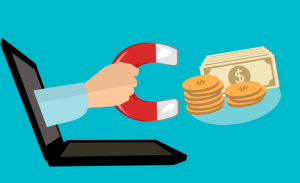 Norway-based B2Holding, owner of Debt Collection Agency (DCA), has significantly increased the share of secured non-performing loan portfolios, according to data presented at the Arctic Debt Collection Seminar in Oslo. For the first nine months of 2018 the share of the acquired secured assets reached 37%. In 2013 they were only 4% of the total portfolio.

In the third quarter of the last year, the amount of the purchased secured portfolio reached EUR 31.5 million. At the end of September, the portfolio of secured NPLs exceeded EUR 700 million.

B2Holding expects that the amount of the secured receivables will exceed EUR 78 million in the fourth quarter of 2019, almost equal to the value of the unsecured packages. In the first and second quarter of current year the nominal value of the acquired secured portfolios will be less than the unsecured ones, but this will change in the third quarter of 2019. The company expects that between July and September the amount of the secured NPLs will surpass EUR 70 million, while the one of the unsecured receivables will  exceed EUR 71 million. B2Holding generates a high return on the investment in secured loans. This type of loans is simultaneously a guarantee for high volumes and provides the company with the opportunity to quickly recycle the purchased debt back in the economy, says the report. This allows a high level of reinvestment of the funds received.

The Norwegian holding invested more than EUR 100 million in its business between July and September 2018, mainly for the acquisition of non-performing loan portfolios in Northern and Western Europe. For the period September 2017-September 2018, the value of the receivables reached over EUR 690 million, up more than 100% year-on-year. The management’s expectations are that in four years Norway-based company will collect successfully 93% of the nominal value of the acquired secured NPLs. Regarding the unsecured loans purchased at tenders organised by banks, the company forecasts that it will collect 38% of their face value. Concerning the unsecured receivables, bought through forward flow deals (FF), the holding expects to collect 79% of the purchased value, the report shows.

It is interesting to analyse the allocation of the secured-unsecured portfolios by geolocation. Data shows that in Southeastern Europe (SEE), B2Holding’s secured NPLs are 23% of the portfolio, while in Central Europe – 67%. As a sum this means EUR 91.5 million for SEE and nearly EUR 391 million for Central Europe (CE). In Western Europe the secured receivables are 78% of the portfolio of B2Holding’s subsidiaries operating there. The situation in Poland and Northern Europe is the opposite as well as in Scandinavia and the three Baltic republics. In all these regions the unsecured claims exceed 90% of the total portfolio.

At the end of September 2018, 26% of B2Holding’s portfolio consists of unsecured loans, acquired via FF. This type of deals became quite popular. DCA has a leading position on the Bulgarian market with eight existing contracts with different financial institutions. The part of unsecured claims, which are not driven by FF, is 37%. Also, they are important part of the portfolio because they provide a high return in the long-term, the data says.