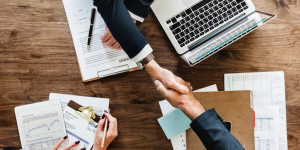 While working in the financial world, it is very important to anticipate the evolution of events in order to succeed. Whether it’s accurate forecasts or plans to move on – without knowing what you expect, there’s no way you can achieve good results.

This is the main motive for debt purchasing companies to offer their partners forward flow deals (FF). They are becoming increasingly popular in Bulgaria, and Debt Collection Agency (DCA), part of the Norwegian B2Holding, is among the leaders in the country in this area. Presently, the company has eight existing contracts with leading banking and non-bank financial institutions. In its latest report at the end of last year, B2Holding also noted strong growth in such deals, especially in the more mature financial markets.

The advantage of FF is the ability of both partners to achieve the best possible price and optimal terms of the contract in the long term. Also, they can plan and budget their financial flows. Last but not least, this type of agreement saves a lot of time and effort that is otherwise needed to prepare each individual transaction and auction for the sale of overdue receivables.

In the developed markets, the share of this type of agreements in the portfolio of B2Holding reaches 50-70% and the holding generally reports growth in this business in the different regions in which it operates. For example, in 2013 their share in the portfolio of the holding was only 3% of the total unsecured portfolios. Recently, it has grown significantly, reaching 29% in 2018, according to the preliminary data.

Long-term agreements, called forward flow (FF), are described as promising and profitable for both parties by the international consulting company PricewaterhouseCoopers (PwC). The company indicates that FF are suitable for consumer loans because they lead to a better recovery of overdue debts as close as possible to their nominal value. As these FF agreements lead to a regular and timely transfer of bad debts, the possibility of their successful collection is growing. PwC notes there is direct correlation between the “aging” of the debts and their reduction. Explained briefly, the older a debt is, the less the possibility of getting it in full value is.

When a financial institution has an FF agreement, it regularly assigns the loans categorized as non-performing to its partner. Otherwise, without FF, the bank or non-bank company is required to package the overdue loans in separate portfolios and to organize tenders to sell them. Organizing the auction costs time and effort and the price achieved is usually below the nominal value.

FF are widely used by non-financial companies, such as telecoms and utilities, where periodic payments by many customers make up the bulk of the cash flow. In Western Europe, and increasingly in the Central and Eastern European countries, suppliers prefer contract security instead of postponement and negotiation for individual portfolios. There is also one more very important reason for the increasing number of FF deals – the limitation for periodic payments for utility services (telecommunication, electricity, water) in Bulgaria and in other countries, that is three years, while for the debts charged for other services is five years. This requires much quicker responses if the lender wants to collect its debt.

It seems that FF will be the next level for faster and more efficient services at lower cost.