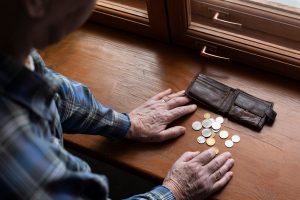 Nearly one-third of the Europeans have not paid their bills and debts on time at least once in 2021, according to a European Consumer Payment Report, conducted among 24 000 respondents. Compared to 2021 the increase in late payments is weak – from 29% to 30%. There are serious differences between countries in the proportion of people who do not pay on time, and there are differences in the reasons why they can’t do it.

For example, in Greece 51% of the respondents overdue payments in 2021, but in Finland and Norway this share is 42%. Bulgaria is not included in the survey, which covers 24 other European countries. The important difference, however, is that debt collection cases are decreasing in the Nordics, noted the report. This suggests that businesses have been more flexible on the debt collection process during the pandemic, and that consumers are more likely to pay the reminder before the overdue debt goes to specialized companies.

In addition, 40% of people in Northern Europe say they did not pay on time because they simply forgot. On the other end of the spectrum, in Southern Europe, access to money seems to be a challenge. Among the respondents, 45% say they did not have the money to pay on time, and 24% say they lost income due to Covid-19, the highest number in Europe. In Northern Europe social welfare systems are more generous and if consumers lose their job in this region, they will experience a smaller drop in income than those in Southern Europe.

Interestingly, the results from Eastern Europe are generally better than those of the South. For example, in the Eastern part 38% did not pay due to lack of money, which is even less than in Central Europe (look at the chart).

For all countries as a whole, the survey shows that 16% of people have at least half of their monthly income left after paying all their bills, rent and loans. At 10%, however, after paying their bills, they remain with only 5% or less of their monthly salary. According to the survey, women are more affected by declining incomes and rising spending. Half of the respondents say their spending has increased last year by more than their income. For men this share is 44%. Only 29% of women and 33% of men are in a better position – with higher income growth than their spending.