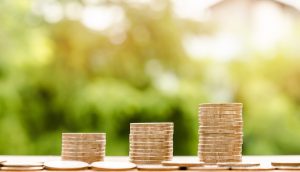 Bulgarian banks will probably have to limit the requirements for their clients to get loans. This will be done with legislative changes that were admitted by parliament on Thursday, December 13th. Changes into the BNB Law were proposed because of Bulgaria’s wish to join ERM II and the euro area currency mechanism.

Under the new rules the Central Bank will have to monitor and assess systemic risks in commercial banks. If it is necessary, BNB will introduce measure to reduce them. The measures include requirements for the amount of the loan and the level of collateral, the ratio between the loan’s value and the client’s annual income. Also – the balance between monthly income and current payments. For now banks have much more freedom to assess the term of debt and income of the lenders. Generally, in almost all cases they take into account the approval and lending of the collateral and the customer’s income. What is new is that the BNB can calculate their current demands for more liberal than necessary and ask for limit them.

The central bank will also be able to intervene with regard to the maximum duration of the credit contract, the way it is paid, and to impose other measures needed to mitigate the risk. Typically, each bank looks at the client’s official income, and it is then calculated whether it can afford to repay the loan it wants. Similarly, this is also the case for companies that have to prove cash flow, stable revenues and a business plan.

Other changes are expected to affect the exchange of information and the oversight of major credit institutions. Significant banks will be under the control of the ECB. Criteria for a “significant bank” will be determined in additional regulation. In general, these will be banks which, due to the size and size of their business have a significant impact on the market. Banks will have 6 months to organize their business according to the new law.

One of the changes concerns the ECB’s access to information – Bulgarian credit institutions will have to provide all documents, accounting records, written and verbal explanations upon request.

Changes in the BNB Law concur with the beginning of the stress tests  in several Bulgarian banks. Tests will be made on the three largest by the value of the assets: UniCredit Bulbank, DSK Bank and UBB, as well as the three largest with Bulgarian shareholders: First Investment Bank, CCB and Investbank. The results will be announced in July.

Full text of the changes into the BNB Law is posted on the Parliament’s website here.