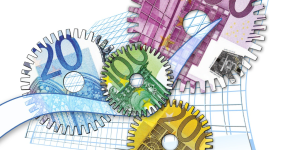 The inflation rate in Bulgaria and the European Union is accelerating and it will have an impact on the levels of non-performing loans (NPLs), experts warn.

According to the forecasts for the coming winter this trend will deepen due to several reasons: the huge money supply as a result of low interest rates – the reason for the rising prices of key assets such as real estate, financial instruments that are traded on the stock market and commodities; post-COVID-19 economic recovery; and the increase of prices of electricity, gas and heating that impacts on the prices of basic goods and services.

The annual inflation rate in the EU reached 3.2% in August 2021, according to the figures published by Eurostat, the statistical office of the European Union. The highest annual rates were recorded in Estonia, Lithuania and Poland. Bulgaria is among the countries with lower than EU average inflation rate – 2.5%, but according to economists there will be an increase in the autumn. Compared with July, there was an increase in the consumer price index in 26 European countries in August. The annual inflation rate remained stable in one Member State – Austria.

Usually, high inflation and economic growth have an impact on the real value of loans and it decreases, so it is easier to pay back a loan in regular installments. The result is a decline in delayed loan payments. However, when there is a lag between economic growth and income increase and prices rising, loans become a burden for many people and arrears begin to rise. Now there is an additional factor – the expiration of the moratorium on many loans.

Previous observations reveal how non-performing loans in Bulgaria would change as a result of high inflation. The International Monetary Fund (IMF) survey in Central, Eastern and South-Eastern Europe in 2013 showed that rising unemployment, depreciation of the local currency in comparison to the euro and high inflation were leading factors for the increasing level of NPLs. Sometimes high inflation reduces real debt and leads to a decline in overdue loans, but it also leads to a decrease in disposable income if it is not accompanied by wages’ growth. Another factor is a government desire to fight the effects of increasing prices by raising interest rates, but the result is increasing payments on a loan, according to the IMF.

According to the survey, an inflation rate increase by 1 percentage point leads to a rise in NPLs by 0.4 percentage points next year. The rise in overdue loans has a negative effect on lending, inflation and real GDP growth rate, causing an increase in unemployment rate.

A survey of the banking sector, published in 2019, shows different dependencies between inflation and non-performing loans in different regions. For example, in Central and Eastern Europe, as well as in developing countries in South America and Africa, there is a positive correlation between rising cost of living and increasing difficulties in paying back a loan on installments on time. So, in other words, the volume of NPLs increases with inflation. Results of the survey lead to the following conclusions – there is a direct link between increasing prices and households’ abilities to pay their loans, and up to certain levels of inflation it helps to pay back loans more easily, and above these levels – the situation is opposite, so it is difficult to make a short-term forecast.

The surveys above include observations after the global financial crisis in 2008. The crisis in 2020 had different causes and consequences. Following the COVID-19 crisis in Bulgaria and other European countries, the mentioned dependence may not be direct due to unprecedented governmental financial assistance programmes. At the same time, our country has one of the highest levels of energy poverty in the EU, so it can sharpen the problems during the winter and  many households will be left with less disposable income and they will not pay back their loans on time.