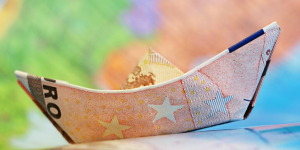 The majority of Europeans have financial difficulties, but optimism, at least among the young people, is rising, in comparison with previous years. These are the results of the new European Consumer Payment Report (ECPR) for 2018, published a few days ago.

Difficulties in paying bills, more for families with children, and borrowing money for relatives and friends, mark the financial situation for many Europeans, according to the results of the study. The good news is the optimism that causes more people to borrow money to buy consumer goods. Concerns are related to easy online access to credit, contaminated with the growing share of e-commerce.

On a positive note, an effect of the past few years of economic recovery in many European economies is the increase in household savings. On the other side there aren’t many Europeans who suffer from financial concerns every month.

In the ECPR ’18 24,000 European consumers express their view on their financial situation and the economic  outlook for their country. This year’s results show that a growing share of consumers who are able to save money every month, and the percentage of consumers who believe that they will be financially better off than their parents has increased. But indebtedness has also grown. A growing minority have trouble making ends meet: one out of five European consumers now needs to borrow in order to pay bills. This group was just 15 per cent three years ago, or
about one in seven. The results also has also been confirmed recently by Eurostat.

Almost half of the consumers surveyed wish that they had learned more about household finances in school.

Young Europeans are most optimistic about their financial outlook, while seniors seem to have better payment morality. Changes across a number of financial metrics, however, indicate that there might be an undercurrent of nervousness over future financial developments, making the overall picture of the current economic mood a bit more complex compared to last year.  Senior Europeans state that they pay their bills in a timely manner to a higher extent than younger people. 76 per cent of those aged above 65 years say they have never paid their bills after due dates in the past twelve months, which is the highest share of timely payers among all age groups. The age group with the lowest share of timely payers can be found among persons between 25 to 34 years of age, where only 56 per cent say they have never been late with a payment in the past twelve months.

Another sign of a higher than average payment morality among senior consumers is the fact that 75 per cent of
those aged 65 or over strongly agree that it is important to pay your bills on time. This can be compared to those aged 24 to 34 years, where only 58 per cent strongly agree with the same notion.

The greatest optimism about personal financial prospects and capabilities is still observed in young respondents between 18 and 24 years of age. Almost half of the respondents in this age category say that they believe their personal financial situation is improving, which is significantly higher than the European average of 36%. However, only 30%  say that the economy in their home country is improving, indicating a less optimistic view of their national economy.

Managing bills and payments poses a challenge for many. More than 40% of all respondents say that they have paid at least one bill late in the past twelve months, in compare to 46% in 2017. The most commonly cited reason for being late with the payment in 2018 is having forgotten to pay it, which is stated by almost half of those who report having been late. 40% say they not having money to pay the bill as their reason for the late payment.

Approximately one in four parents have difficulties supporting their children’s needs. 28% of parents report that during the past 6 months, they borrowed money or maxed out their credit card in order to buy something for
their children, which is up from 25% in 2017. More than 20% of parents state they are not financially able to buy items their children need to have a dignified existence.

Unofficial loans are a big part of the economy, where as much as 40% of the Europeans in this survey give or lend money to friends and family. The most common relationship between the person that gives or lends money is friend
(34%), sibling or other relatives (24% ) or children (23%). Among young Europeans, 18–24 years, more than four in ten of those who have lent money, lend it to friends. Almost 60%  among the seniors, 65 years and above, state that
they have lent to their children. Siblings or other relatives are the most common relationship for loans in the age groups of 25–34 and 35–49. The most common expenses paid with borrowed money are rent payment,
utility bills, in addition to mobile telephone costs and paying off outstanding debts.

The trend towards a more liberal view regarding borrowing money for consumption seems to have solidified itself.
In 2018 31% of European respondents said that they believe it is acceptable to buy consumer goods (i.e. a TV or a computer) with a payment plan, on credit, or otherwise using borrowed money. This is the same level as 2017,
but is up from 26% in 2016 and 19% in 2015. Financing travel on credit continue to be less acceptable compared to taking on credits for consumer goods.

Digitalization is increasingly a part of contemporary. The rise and success of online shopping and online banking belong to the most visible manifestations of this society-wide process. Many consumers worry about the potential downsides of online access to shopping and credit. The majority sees a problem in easy access to both credit and online shopping. 63% of Europeans are alarming how easy is to buy consumer goods with smartphones and to borrowed money, often to the people, who fail to return their debts.