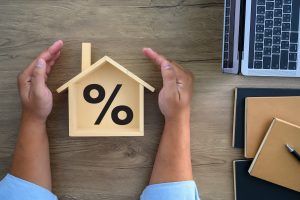 Credit growth in the Bulgarian banking sector will slow down, consumption will decline, and interest rates will rise by mid-2023. This was noted by experts from the Bulgarian national bank (BNB) in the latest “Macroeconomic Forecast”. The slow growth of lending is one of the factors that will limit private consumption, according to the Central Bank. Other reasons include a reduction in disposable income and increased incentives to save due to rising deposit yields.

According to the analysis, lending will tighten both because of rising interest rates and regulatory measures taken by the BNB. The main one is the increase of the countercyclical capital buffer, which is part of the reserves that banks set aside. The increase is in several steps, the first of which starts from the beginning of October – from 0.5% to 1%. Two more increases of 0.5 percentage points are ahead – from January 1 and from October 1, 2023. In the previous economic crisis, until October 1, 2019, the level of capital buffer was 0%.

Expensive borrowing is expected to be a serious drag on credit growth, with fears that it could trigger a rise in non-performing loans (NPL) and even a crisis in credit-dependent sectors such as real estate. The BNB expects a significant increase in interest rates on loans and deposits, compared to the current historically low levels. Their forecast is that the largest increase will be in the fourth quarter of this year, as well as in the first half of 2023.

In the last few weeks several banks have already informed their clients about the rising interest rate of their loans. Growth is different for each bank, because they use different components to determining the base rate at which they issue mortgage and consumer loans. Some take as a basis the average interest rates on deposits, others – the Euribor index or the main interest rate, and it is possible to be a combination of several things. Therefore, it is possible that in some banks there is a rather serious increase in the cost of loans, while in others it is barely noticeable.

However, the BNB does not expect a significant shrinkage of lending. According to the Central Bank, by the second half of 2023, interest rates on both deposits and loans will stabilize around the reached levels. Credit growth for the non-governmental sector is expected to remain relatively high in 2022 and reach 10.4% by the end of the year, the experts say.

Despite previous concerns about bank asset quality, European banks are still reporting low levels of non-performing loans, according to a new European Risk Dashboard. Average level of NPL in the EU and the European Economic Area was 1.8% at the end of the second quarter, with a 0.01 point decrease compared to the previous one. Their decline is more noticeable in countries where the NPL level is high. According to the report high inflation may have a more significant impact on businesses and households. Experts see possibility for a correction in rising property prices, which in some countries still show signs of overvaluation.