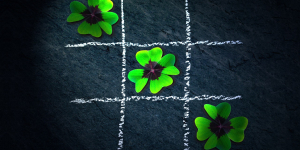 The extended loan moratorium will expire at the end of this month. Tens of thousands of companies and individual clients, affected by the COVID-crisis, have deferred payments on their loans. So, we will see the consequences of the expired credit vacation over the next two months. The main question is how serious the non-performing loans (NPL) issue will be.

The loan moratoria in Bulgaria and other European countries are an opportunity for businesses and individuals to get easier through the crisis. According to the Bulgarian National Bank’s data, as of January the loans under moratorium amounted to BGN 8.28 billion or about 12% of the total loans granted to companies and individuals. The loans granted to companies amounted to about BGN 6.5 billion. Last year banks significantly increased their provisions, as they expected thе loan moratorium to be extended, but it didn’t wipe out the credit risk. So, this is the only reason that there is no increase in NPLs.

“At this point, before the expiration of the loan moratorium, it is not possible to say to what extent banks’ provisions are sufficient. However, the Central bank’s requirements for higher bank capitals, especially higher capital buffers, most likely will adequately cover the residual credit risk in the banking sector”, commented Kalin Hristov, deputy governor of the Bulgarian National Bank.

The experience of countries where the credit vacation ended, should give an idea what to expect in Bulgaria. Let’s look at Ireland where the debt vacation expired at the end of February – the situation there is more optimistic than expected.

Fitch Ratings predicts an increase in NPLs, but to a much less severe level than in the aftermath of the 2008 financial crisis, when Ireland was among the most affected countries in Europe. In contrast to 2008, now in over 85% of cases borrowers had returned to pre-pandemic payment arrangements – a level well above banks’ initial expectations. However, we should not forget that the government in Ireland, like authorities in other countries in Western Europe, has supported businesses and households by state-guaranteed programs and subsidie. Also, for a long period of time, the country was known as “The Celtic tiger” and in 2020 the Irish economy was the only one in Europe with 3.4% growth, outpacing even China.

Irish banks significantly frontloaded their pandemic-related expected credit costs in 2020. This resulted in reported net losses but should lead to lower credit charges for 2021, noted Fitch. The sale of NPL portfolios is the other way to solve the NPL issue and keep them to a single-digit percentage. Such a strategy is chosen by two gross banks – AIB Group and Bank of Ireland. AIB Group recently announced the sale of a €600 million non-performing long-term default portfolio. This is the first meaningful  non-performing exposures (NPE) transaction in Ireland since the start of the pandemic. AIB Group has a medium-term NPE ratio target of about 3%.

The European Banking Authority urged lenders to promptly write off loans that are failing in the aftermath of the pandemic, warning that without action “zombie” firms could damage the economic recovery. Jose Manuel Campa, chairman of the EU Banking Regulator, said that they expect non-performing loans to “increase to a significant amount” in the coming quarters, after a year of government support for borrowers and banks suppressed defaults, reported Bloomberg.

No matter where we are in Europe, it is naive to expect that just in a few months everything will be as it was in the early 2020. The consequences will be the same as those of any serious crisis, but we shouldn’t fall into extreme pessimism. According to the expectations of bankers and debt management experts the increase of NPLs in Bulgaria would not be dramatic, and the previous economic crisis’ lessons will help to solve the problem as fast as possible. This is the forecast in the ECB’s annual review and Mr. Kalin Hristov also noted that banks have a much higher capacity to manage NPL issues now than during the previous crisis.

Why wouldn’t the growth of NPLs be dramatic? Let’s look at the preconditions: