Since May 2020, Harald Thorstein, Trygve Lauvdal and Trond Andreassen have joined the Norwegian B2Holding ASA Board of Directors. 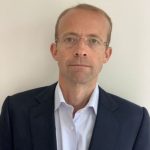 Harald Thorstein becomes Chairman of the Board of Directors. He is founder and owner of the London based advisory company Arkwright London Ltd. He has extensive experience in corporate finance as part of the team of the leading Norwegian investment bank DnB Markets. Thorstein has also been involved in the management of Aktiv Kapital, Axactor, SFL Corp and Seadrill. He holds Master’s degree in Industrial economics and Technology management. 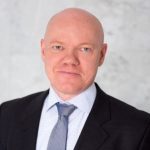 Trygve Lauvdal returns to the Board of Directors, after being part of it between 2013 and 2018. He is Investment Director at RASMUSSENGRUPPEN AS. For nine years Lauvdal has been equity analyst in DNB, specializing in the technology, industrial and renewable energy sectors. He has also been on several board positions in Norwegian companies. Lauvdal holds a PhD in Engineering cybernetics from Norwegian University of Science and Technology (NTNU).

On B2Holding Board of Directors the three of them will replace Jon Harald Norbrekken, Per Kristian Spone and Kjetil Garstad respectively.