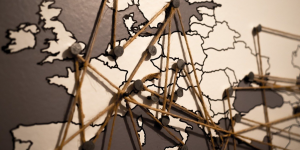 The increase of non-performing loans (NPLs) in the banking sector is a high-risk factor for the sustainability of the European economy, warns the European Commission’s annual report Debt Sustainability Monitor. The crisis is likely to lead to an increase of overdue debt, but the ability of the banking sector to absorb the growth is overall higher than during the global financial crisis, according to the experts of the European Commission (EC).

Bulgaria is at low or medium risk of crisis for now, according to most of the indicators in the report. A higher risk has come from the NPL level and its increase in 2020 compared to the levels in 2019. For example, Cyprus and Greece are the only countries with higher NPL levels and the increase in Bulgaria is similar only to that in Malta.

According to the EC, developing the particular risk indicators should be observed, as the magnitude of the negative impact of COVID-19 crisis on banks’ balance sheets remains uncertain. Recent figures and risk indicators are affected by public support measures adopted by EU-states and by monetary policy measures. In particular, both may have contributed to the further lowering of NPL ratios in 2020, despite the onset of the crisis. The banks’ balance sheets have in many cases grown on the back of government-supported lending, while the underlying quality of the borrowers has overall deteriorated. This should be borne in mind when interpreting recent figures and inferring the impact of the crisis on credit risk, as noted in the EC’s report.

An overall reduction of NPL is observed in most EU-countries since 2014. In the last year NPL ratios continued to decline in most EU Member States, with more sizeable reductions in Cyprus (-6 percent points), Portugal (-3.2 p.p.), also in Slovenia, Italy and Hungary by – 2 points.

The banking sector is a key factor for sustainable public finances because they represent the share of non-performing loans, adverse development in private sector credit flows, house prices and bank loan-to-deposit ratios, the experts said. The EC notes that recent regulation, notably under the Banking Union, helps mitigate that risk.