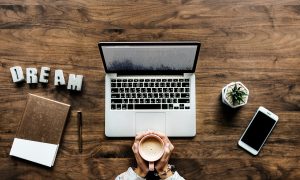 In 2018 portfolio deals amounted to BGN 1.9 billion, which is more than double growth compared to 2017. Then BGN 772 million of overdue debt were sold.

“The reasons for double growth are record-breaking deals for corporate and secured portfolios. This trend in other European markets is already a fact in Bulgaria, said Dimitar Bonchev, Deputy Executive Director of the Debt Collection Agency (DCA), part of B2Holding, at a press conference of ACAB.

“In the past year we recorded a record sales volume of receivables almost every quarter. The most active players in the market were banks and non-bank financial institutions, Bonchev added. According to the DCA’s director, in the sale of non-performing loans by banks, there is no news or a signal of a deterioration in the economic environment.

“These volumes were accumulated in the previous years, weaker for the economy,” he said.

Expectations for 2019 are to sell overdue debts for BGN 1.8-2 billion.

Among the other leading trends, marked by Dimitar Bonchev, were: the growth of the secondary debt market in which the debt managing companies trade among themselves; the increase in the number of forward flow deals between creditors and the debt management companies, and the practice of non-bank financial institutions to sell their non-performing loans more often and at an earlier stage.

The association commented that banks are currently actively assigning their non-performing loans to the debt collecting companies, and after stress tests they are much more careful about the issue with their unfair clients. There is noticeable earlier assignment compared to previous years – between 30 and 90 days after the date of delay, according to ACABG.

The number of non-performing debts assigned to collection has fallen by more than 50% to 1.22 million last year. This is a signal that banks are increasingly preferring to sell overdue debts, instead of simply assigning them for collection. The average amount of debt collected is BGN 1161 last year, compared to BGN 775 in 2017.

Banks keep their championship among non-performing debt creditors – more than half of their overdue debts are from their clients, at 42% in 2017. A sharp decline in the share of quick loans – only 19% of troubled loans are due to them, about one-third.

Fast loans, which are granted much easier, but with much higher interest rates, are highly sought after in difficult economic times. With growth in the economy, wages and, last but not least, flexible bank lending, more people prefer it instead of fast loans. Debt volumes, which were assigned to collection, fell significantly to BGN 1.42 billion, with more than BGN 2 billion in 2017. Most debtors are in Plovdiv, Bourgas and Stara Zagora, and the most regular the payments are in Sofia, Ruse and Vratsa. A summary picture shows that most often the debtor is about 30 years old, failing to properly estimate his earnings and spending and often takes spontaneous decisions.

The past year was record for big deals that led DCA to the top asset position among the debt-management companies in Bulgaria. The company, which is part of Norwegian B2Holding, realizes the biggest ever transaction on the Bulgarian market, buying a portfolio worth almost BGN 500 million from UniCredit Bulbank. Separately, many smaller deals were also signed in 2018, which reinforced the trend of actively selling bad assets by banks.