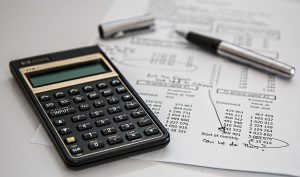 The purchased debts in Bulgaria have dropped sharply in 2020 up to 500 mln. Bulgarian leva (250 mln. EUR). This is shown by the data of Association for receivables management (ARM), the new name of the organization that units more than 70% of the companies for debt purchase and management in Bulgaria and whose member is Debt Collection Agency (DCA), part of B2Holding.

The downward trend continues in the first quarter of 2021, but the data for the moment don’t reflect the objective picture, noted from the ARM.

“As optimistic as the figures may seem, the truth is that financial challenges are ahead. In part, the lower volumes assigned to collection are due to the credit moratorium. It gave customers a breath of fresh air, but also postponed problems, so we will see them at the end of 2021. The long-term effects are not clear, some households may be unpleasantly surprised by the higher amounts that should pay for their loans. That is why money management is very important for each of us and is key to getting out of the crisis faster”, commented from ARM.

“The picture will change at the end of the year and it is very important that consumers and businesses are prepared. According to BNB data for the first quarter of 2021, a new overdue debt was formed as a result of the moratorium in the amount of over BGN 1 billion or 10% of the rescheduled liabilities. These debts will not disappear, on the contrary, and it is necessary to have a serious strategy on how and whether they will be able to be collected and what will be the effect on the financial sector as whole. On the other hand, for months a number of large industries have been completely closed, this will inevitably affect in the first place the purchasing power of the people, the payment of taxes and fees by businesses, and hence on the whole economy”, noted the Association.

According to the ARM, the relative share division of creditors remains without significant changes, with some replacement in the specific values. Banks remain the largest creditor with 44% of the value of the total assigned debt. They are followed by non-banking financial institutions with a total of 28% of the value of the debt. The third most common creditor is telecoms with a share of 16%.

“Given the fact that some sectors were severely affected as early as 2020, the data on growing intercompany indebtedness are not surprising. This trend is likely to deepen, but it is important for businesses to be especially careful – I believe that every business should manage its funds well. In times of crisis cash is most important. Some have rethought their business model, others are checking the financial stability of their counterparties more detailedly, and others have even been able to increase their profits with flexibility”, says ARM.

“The group of people who are really unable to pay is still the smallest. The current situation of uncertainty creates preconditions for some consumers to try to avoid repayment of their debt. However, some people used this moment to renegotiate better terms on their loans and they will win in the long run.”, noted the experts of ARM.

According to ARM experts, it is important for business and consumers to watch the inflation. The upward trend in this indicator, along with the possible rise in interest rates on loans, which is already happening in the United States, could become a challenge for some households in long term. No significant shocks are expected by the end of the year, the Association said, urging consumers to be careful when taking financial decisions.