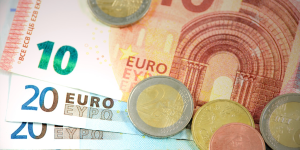 Non-performing loans (NPLs) in most European countries have remained broadly unchanged and even decreased in the year of COVID-crisis, according to the data of the European Banking Authority (EBA). There are two main reasons – large government supporting programs and moratoria, imposed on some loans. At the same time EBA has seen a significant improvement and stability on the capital adequacy and increase in the deposits in most countries.

At the end of 2020 average levels of NPLs in the EU were 2.6%, compared to 3% by March 2020 (see the chart below). According to the data, their share has been gradually decreasing in every quarter since then. Bulgaria is among the countries with significant decrease of overdue debt, along with Cyprus, Greece, Italy and Portugal.

According to the EBA dashboard, the decline in overdue loans at the last quarter of 2020 was due to contraction, which exceeded the decrease in loans and advances. NPL ratios declined for both households and non-financial corporates. While the overdue loans declined for most economic sectors it increased materially for accommodation and food services – by 0.7 bps to 8.5%. Also, negatively affected are arts, entertainment and recreation (up from 6.7% to 7.3%).

Loans under EBA eligible moratoria declined from around EUR 590 bn by the end of September 2020 to around EUR 320 bn in December. The decline was more pronounced for NFC exposures than for loans to households. The NPL ratio is lower for loans under moratoria (3.3%) than for those under expired moratoria (3.9%).

Profitability remained strongly subdued, EBA noticed. The rise in net fee and commission income could not compensate for the decline in net interest income, according to European regulatory. The EBA forecasts a possible volatility on the markets. Concerns about financial stability is linked with an increase in firms and sovereign funding costs. This could raise creditworthiness concerns and ability of debtors to pay on time.