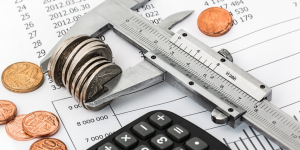 Bad loans of non-banking sector in Bulgaria have fallen by almost 40% only in a year, according to official data of Bulgarian national bank (BNB). So, for the first time in years, non-performing loans are less than 10% of the portfolios. Sales of overdue loans are strongly influenced by this, says the Central Bank.

Data includes all non-banking lending companies or so-called fast loans, leasing, non-bank mortgage loans,  including those for business. At the end of December they had only 8.6% NPL. In terms of value they have fallen to BGN 210.5 million (EUR 107.6 million), which is almost doubled by the end of 2016. Looking at the end of 2018, the decline is 38.5% and it is the result of a sustained trend of years – reducing bad loans in portfolios, mainly due to sales to companies, specializing in collecting them. In the first half of 2016 NPL from non-bank companies fell below the psychological limit of 20% and have not stopped the decline ever since.

Last year were sold bad loans for a total of BGN 94.5 million (EUR 48.3 million). 20 of them was only in the fourth quarter. The record deal for Bulgarian market was between the Debt Collection Agency (DCA), part of the Norwegian B2Holding, and Unicredit Bulbank. According to the agreement, the bank sold loans of nearly BGN 500 million (EUR 250 million) and this has a significant impact on the market for overdue debts.

Lending companies sell so active portfolios of overdue loans because they want to clear their balance sheets and their willingness to return  of capital back. So, they can give new loans whit this money. The more the overdue time increases, the probability of collecting the entire debt is reduced. This significantly decrease the price at which this loans can be sold, while bad credit in the portfolio means “closing” money that would otherwise in the economy.

At the end of December all claims on non-bank companies amounted to BGN 2.446 billion (EUR 1.251 billion), which represents 2.3% of Bulgaria’s GDP. For the last three months of the year there is a slight increase – by 0.5%.

More than BGN 1 billion (EUR 500 million) of loans by non-banking sector have a maturity of over years, BNB data shows. Ter annual growth is less than 2%, but a relative share of all receivables increases by more than 5 percentage points to almost 44%. Long-term loans with a maturity of over five years are increasing in times when households and businesses have a sense of financial stability that they expect to continue in the future.

The biggest decrease is in loans with a term between one and five years – in 2018 they have dropped by nearly 16%. Loans for up to one year also declined – 12 per cent year-to year. However, for the last three months of last year, they have increased by 2.5%, so they almost reach BGN 500 million (EUR 250 million).

Household loans decreased by 12% in a year and they are under BGN 2 billion (EUR 1 billion). Most of them remain consumer loans and in the last quarter there is a minimal increase in mortgage loans. The explanation is clear – bank lending is growing, so more consumers are targeting them. Over 8% is the annual decline in non-financial business. They include all manufacturing, commercial and service companies.