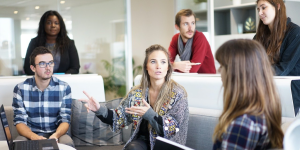 Cash flow is front of mind for Bulgarian companies and it is extremely tight for many businesses, noted the latest European Payment Report (ERP), dedicated to the effects of COVID-crisis in 2020 and 2021. In Bulgaria 58% of managers, included in the survey, say they have concerns about liquidity, compared with 49% of businesses across Europe. In 2020 Bulgarian economy contracted by 4.2%, as the pandemic took its toll on exports, but the country’s wage subsidy scheme shielded jobs and household incomes from the worst of the impact, say the experts.

Nearly half (47%) of the respondents expect debtors in financial difficulties to be a major challenge to prompt payments over the next year. This is 6 percentage points above the European average. Late payments also hinder the plans for hiring new employees, the EPR says. Half of the Bulgarian companies respond that issues with late payment are obstacles in front of their strategic growth initiatives. The same figure say late payments would prevent them hiring new employees. For 37% overdue payments force them to dismiss others. Neither does it look as though this problem will ease soon – 67% expect the risk of late or non-payments from the company’s debtors to increase during the next 12 months.

Despite the organization-specific implications of late payments, firms increasingly see them as a societal issue that requires regulatory intervention, show the survey data across Europe. Businesses are also looking inwards to mitigate their own impact and bolster financial resilience. According to 69% of firms large businesses have a responsibility to society to ensure they make their payments to smaller businesses on time. Just over half of the companies say that a big  company has asked them to accept longer terms than they were comfortable with. Compared to 2020, more respondents would also welcome the introduction of new legislation to deal with late payments. Attitudes differ by country and industry. Bulgaria is most in favor (69%) of new legislation to counter late payments, while Ireland is the least (51%). Such a move is more supported in hospitality & retail, than it is in the transportation and logistics or the pharma, medical and biotech sectors.

Eastern Europe, as a whole, companies feel strongly affected by COVID-19. Late payments are an acute challenge for them, which are most likely to say that delays inhibit their development and innovation. Seven in ten of the respondents say faster payments would enable them to increase their investment in a digital innovation strategy. More than two-thirds say payment on time would help them expand their product and service offerings, and 43% say they would allow them to hire more employees. Interestingly, Bulgaria and Croatia are among the least optimistic countries with respect to the impact of the Covid-19 vaccine rollout – just 18% of businesses expect a very positive impact on their performance.