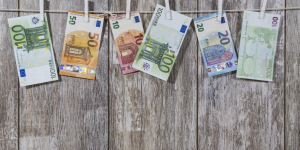 Obstacles in paying credits under moratoria and in state-guarantee loans predicts the latest stress-test of the European Banking Authority (EBA), conducted in the first half of 2021. According to the conclusions of the test, we can expect strong growth in non-performing loans (NPL), which were under moratoria or state-back credits during the COVID-10 crisis.

Exposures under moratoria, classified in Stage 3 – non payment, are only 3.1% at the end of 2020. The stress-test scenario notes an increase to 13.4% in 2023. Considering only the subset of banks with high exposures towards the sectors most affected by the pandemic, the increase of Stage 3 ratio of loans under moratoria is more significant – from 4.7% in 2020 to 17.2% in 2023. For exposures of government-guarantee credits, the Stage 3 ratio reaches 6.8% in 2023, compared to 1.1% in 2020. There are no material differences for the subset of banks highly exposed to the sectors most affected by COVID-19.

Over the stress test horizon, the amount of exposures eligible to calendar provisioning in case of NPE classification steadily increases due to the replacement of maturing exposures to keep a constant balance-sheet – 42% of total exposure by end-2021 and 49% by end-2023, according to the forecast.

The EU-wide stress test was initially planned for 2020, however, due the COVID-19 outbreak and its global spread the EBA decided to postpone it for 2021. The common macroeconomic baseline and adverse scenarios used in the exercise cover a three year horizon taking the end-2020 data as the starting point. It has been conducted on a sample of 50 banks from 15 EU and European Economic Area countries, including 38 banks from euro area countries and 12 banks from Denmark, Hungary, Norway, Poland and Sweden.

In several countries, moratoria on payments were granted by banks to borrowers; in addition, public guarantees schemes were introduced, especially to secure the flow of credit to the non-financial sector. Furthermore, regulators and supervisors adopted relief measures to mitigate the impact of the pandemic.  EBA published the Guidelines on legislative and non-legislative moratoria on loan repayments, which clarified that generalised payment delays due to moratoria do not lead to an automatic classification of exposures as defaulted, forborne or unlikely to pay. The government support measures put in place to mitigate the impact of COVID-19 created significant challenges to stress test models for loan loss projections, noted the EBA.

The situation is similar in the UK – two-thirds of small and medium enterprises (SME), who took government guaranteed loans during the pandemic, will have difficulties to pay them. This shows the survey among 1000 companies, conducted by the non-banking financial company Nucleus Commercial Finance. If the expectation turns out to be true, it means more than 1 million SME with non-performing credits. From the beginning of the pandemic to the end of admission in March, companies have benefited from a total of £46.5 billion in loans from “Bounce Back Loan Scheme”, which are fully guaranteed by the state. Also, loans and state-guarantee support continues toward different sized companies.