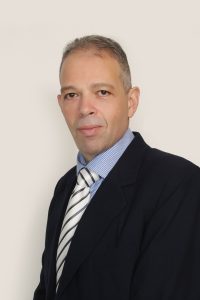 Christoforou took part in a panel, dedicated to the NPL market, during the 6th “Banks and the business” annual conference, organized by Economedia, a publisher of Capital. In his presentation he pointed out that bad loans will continue to diminish until 2021. There will be also an increasing pressure from regulators and governments. Attention will gradually shift towards corporate and secured loans, Christoforou says.

The expert, who is also a CEO of B2Capital-Greece, reminded that at the end of June the average share of bad loans in the EU stood at 3.6%, significantly lower compared to level in the SEE countries. Currently, Greece is the fourth largest EU NPL market, and Cyprus is following it. Although Greece and Cyprus ranked first as a share of bad loans, Italy ( EUR 159 billion), France (EUR 133 billion) and Spain (EUR 99 billion) were ahead of them by face value. For comparison, the value of overdue loans in Greece is nearly EUR 95 billion, and in Cyprus – just over EUR 13 billion.

The Bulgarian NPL market is expected to register a record growth and sales of bad loans this year, Christoforou noted. The forecast is that the sales of overdue debt would reach BGN 1.7 billion nominal value in 2018, more than two times higher than the value from the last year, mainly due to the banking activity.

This year the biggest deal in Bulgaria was signed between DCA and Unicredit Bulbank for EUR 256 loans by nominal value. The deal was a historical record for the Bulgarian market. Christoforou foresees the dynamics in local market to keep away. He expects more opportunities for business loans – corporate, SME and micro, and bigger mixed packages of secured and non-secured credits.

Christoforou predicted an increase in the forward flow deals (FFDs) between the banks and the collectors. For the moment there are just a few Bulgarian banks that use this tool and many experts expect that others will follow. FFDs guarantee a stable price for a fixed period of time and preserve of NPLs delevaraging.

This year B2Holding signed a few big deals in Greece, Bulgaria, Cyprus and Romania. The largest deal amounted at EUR 3.8 billion for a portfolio with unsecured loans sold by Greek Alpha Bank. In another deal Greece-based Eurobank sold EUR 2.04 billion in face value. The third deal portfolio by the value in region is EUR 250 million in secured and non-secured loans, sold by Unicredit Bulbank. Less NPL came from Cyprus Hellenic Bank and Romanian Banka Transilvania –  EUR 144 and EUR 124 million.

For B2 Holding this year is bringing new positive records, according to data, present by Christoforou. In the second quarterly cash collection risen by 2.5 times, year-to-year, to the value of EUR 13.8 mln.

At the conference Christoforou paid attention to the factors, which will be influential on the market – one of them are the asset quality reviews (AQR) conducted by the European Central Bank. AQR was already made 2 years ago, but in the next months six banks, operating here, will be tested. He stressed on the key advantage of AQR, including increased transparency, adequacy of provisions, readiness for bad loans sales and better prices.