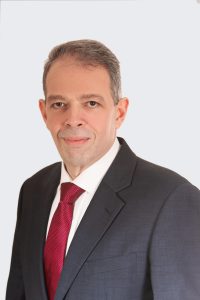 George joined the B2Holding Group in April 2018 as CEO of B2Kapital in Greece and Regional Director of South East Europe. He has previously held various positions in banking and corporate finance, including serving as a Bank CEO in the Balkans. He specialised in NPL management during the Greek and Cypriot financial crises and after banking he became a core member of the Bank of Greece project to establish a single special liquidation entity at PQH, where he held the position of Chief Portfolios Director. George holds an MBA from London Business School and is licensed insolvency practitioner.

On the new position, in addition to Bulgaria, Romania, Greece and Cyprus, he will also be responsible for the Czech Republic, Hungary, Slovenia, Croatia, Serbia, Bosnia and Herzegovina and Montenegro.

“George has strong experience within NPL management, and we are glad that he has accepted to increase his regional responsibility in the Group”, says Interim CEO and CFO, Erik J. Johnsen.