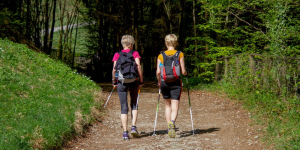 The new data shows that a majority of the debt collection claims in all four Nordic countries involves male debtors. The Nordic countries have been at the forefront in closing the gender gap. The analysis says it is paradoxical to see how traditional gender roles, with men being responsible for household finances, still appear dominant among Nordic households.

Leaving shared expenses to your partner is not without risk, commented the authors of the paper. The possibilities of financial fraud and unpleasant financial surprises increase if one member of the household don’t to play an active part, such as paying bills. They say the gender equality should apply also in the area of household finances.

Analysis for 2019 show a few key findings – consumer confidence has declined across the Nordic region as consumers fear that tougher times lay ahead, so to prepare, households are increasing their savings. Also, Nordic saving rates are among the highest compared to the Euro-area countries. Down-turn in economy would mean more debt collection cases, related to consumers, but with a lower solution, as income would decline.

An analyses by the Debt Collection Agency (DCA)  showed the same trends in Bulgaria. In the only good payer survey in the country the results clearly show that women are more responsible and more regularly pay off their obligations than men. Lady, 30 years old, lives in Panagyurishte, Pazardjik or Kardjali, with the amount of the obligation up to BGN 10 000. This is the profile of the well-paying client, who is in arrears, prepared by the DCA, a part of B2Holding. The survey is based on the data of over 400,000 liabilities of individuals processed by DCA and the behavior of the individuals to whom these liabilities are committed for the period January 1, 2018 – April 1, 2019. Experts from the DCA provide data on the debtors’ attitude and their payment habits for the first time in terms of “good debtor”.

The Association of Collector Agencies in Bulgaria (ACABG) outlined the bad debtor’s profile – he is most often a 30-year-old man from the city of Bourgas, who fails to properly estimate his income and expenses and often makes spontaneous decisions.

Small share of women-debtor is explained with better payment morale among them, more risky behavior among men and higher income, thus, higher access to credit for men.