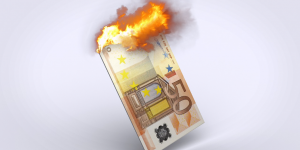 High inflation rate, combined with flat growth, is significantly increasing the risk of stagflation. These are the main concerns for managers in Europe, according to the latest European Payment Report (ERP), conducted between January and April 2022 among more than 11 000 companies in 29 European countries.

Half of the respondents (51% warn that inflation is getting in the way of their growth plans. At the same time 58 per cent say rising prices are making it harder for them to pay their suppliers on time, which will create a knock-on effect further down the supply chain.

According to 71% of respondents large businesses have a responsibility to society to ensure that they make their payments to smaller businesses on time. That iis 2 percentage points higher than 12 month ago. Six in 10 respondents believe that payment times are so central to sustainable business behaviour they should become part of a company’s required sustainability reporting. They also see timely payments as a trust builder, with two-thirds identifying timely payments as critical to maintaining good relationships with suppliers.

In Eastern Europe accent from the survey are the concerns about the inflation – 68% expects rising prices to affect their customer’s ability to pay on time in the next 12 month. For comparison – in the rest of Europe an average of 61% have such fears.

Тwo-thirds of Bulgarian business respondents say they are more concerned than ever about debtors’ ability to pay on time. А year earlier 59% of the respondents had such concerns. More than half of the Bulgarian managers say inflation is restricting their ability to grow the business and seize new opportunities. In Bulgaria the share of managers who believe that new regulations and requirements may interfere with their clients from paying on time is higher than the European average. It is curious that rising interest rates are a cause for concern among fewer Bulgarian companies than on average for the whole of Europe.

In Bulgaria, where 90 per cent of gas supplies come from Russia, talks are underway with Greece about a new interconnector pipeline to ease the upward pressure on prices, noted the experts in the EPR.