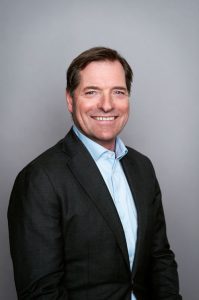 Erik Johnsen has been appointed as CEO of B2Holding ASA, owner of Debt Collection Agency EAD (DCA), after an unanimous decision of the Board of Directors, Norway-based company announced today. Johnsen has been acting as CEO since 15 August 2019 and assumes the role with immediate effect.

“On behalf of the board, I am very pleased that Erik has accepted to take on the role as CEO of B2Holding ASA. Johnsen’s extensive management experience and industry knowledge, combined with his visionary and strategic leadership approach and strong financial focus makes Johnsen the perfect candidate to lead the Company in a transformation phase,” says B2Holding ASA’s Chairman of the Board, Jon Harald Nordbrekken.

Johnsen (58) has been with B2Holding ASA for seven years. First as Chief Group Controller, and then the last three years as Chief Financial Officer, and has been integral in building up the financial structure of the company.

“Johnsen has been instrumental in building this Company from 2013 to becoming a listed company with approximately 2,500 employees and total assets of NOK 17 billion. Johnsen will lead the Company into a new phase, with continued focus on value creation for shareholders and profitable growth by developing and strengthening our servicing platforms,” says Nordbrekken.

“I am honoured to take on the role as CEO and lead the company into the next phase. Since I started in B2Holding, the Company has grown from being a small industry challenger to becoming one of the leading players in Europe. Now, we are preparing the Company for a strategy going forward where we will focus on fewer and stronger platforms resulting in a more cost-efficient model. Furthermore, we will leverage our servicing capabilities by increasing assets under management. This will allow us to grow without relying solely on own funding and ensure even better utilization of our platforms through economies of scale, and increase our investment capacity”, says Erik J. Johnsen, CEO of B2H olding.