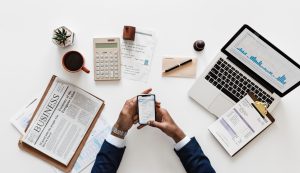 The European Central Bank (ECB) will undertake a comprehensive assessment of six Bulgarian banks, the supervisory institution said. Stress tests are expected to begin this month and their results will be published in July next year.

They will show the asset quality assessment and are an important part of Bulgaria’s declared will to join ERM II and the euro area. Tests will be conducted in six credit institutions:

Supervisory stress tests will be based on the methodology applied by the ECB to the normal oversight of banks identified as significant or deemed to have significant influence, the report said. The assessment is made according to clear rules of the European directives, the ECB says. It is expected that stress tests will be based on bank data by the end of this year, after which the results will be analyzed and publicly disclosed.

There is no explicit requirement for ERM II entry for NPLs, but asset valuation should be such that a potential problem does not cause a turmoil in the banking system. Italy and Portugal, for example, have a higher level of non-performing loans (NPL) compared to Bulgaria. The latest figures at the end of June indicate 9.7% for Italy and 12.1% for Portugal. At this time, overdue loans in Bulgaria were 9.3%, with a downward trend. At the end of September, they decreased to 8.5%, BNB data showed. The results of Greece is worse (44.8%) and also in Cyprus (34.1%), that were severely affected by the crisis.

The NPLs market and Bulgaria in the eurozone will be main topics at the 6th Banking and Business Conference, organized by Economedia, a publisher of the Capital weekly. Georgios Christoforou, B2Holding’s regional director for Southeastern Europe (SEE), will be a speaker. He has consulted some of four largest banks in Greece during the Asset Quality Review project (ECB stress tests). B2Holding is an owner of Debt Collection Agency (DCA). Check out more about the conference here.

The inspections of the Bulgarian banks will be carried out in close cooperation between Bulgaria and the ECB. This includes the implementation of European legislation in the national regulatory framework. The BNB will also facilitate the process, and this should ensure continuity in the future integration into the Single Supervisory Mechanism (SSM).

Meanwhile, the ECB said they were positively assessing the changes in legislation passed by the Bulgarian parliament a few days ago. They concern mainly closer cooperation between the BNB and European supervision authorities.