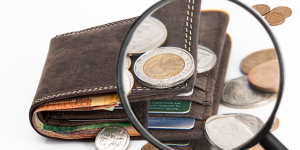 Double increase in purchased non-performing loans (NPLs) for the first half of the year, shows data from the Association of Collecting Agencies in Bulgaria (ACABG).  NPLs, purchased from special companies reached volume BGN 1.18 billion volume in January-June, compared to BGN 585 million in the same period last year.

The main reason is several transactions of banks that have sold large portfolios of loans, ascording to the ACABG. Their observation is that the activity on debt sales is generally high. There is a serious decline in indebtedness between companies, where the share of timely invoices paid is slightly increasing – up to 77% this year, by 1 percentage point above last year’s level. The trend is similar across Europe, and ACABG reports that Bulgarian companies have the best performance in terms of payment regularity for six years.

“With regard to purchased receivables, we expect growth in their volume this year. Our preliminary estimates are for around BGN 2 billion or just over BGN 2 billion of total portfolios sold, literally from all sectors – secured and unsecured loans from the corporate sector, small and medium-sized enterprises and retail, with perhaps less participation of individuals’ mortgage loans”, commented Dimitar Bonchev, Executive Director of Debt Collection Agency (DCA), part of Norwegian B2Holding.

According to Bonchev, in the coming years, with favorable economic development, it is logical to reduce volumes. In the words of a recent trend in recent years is the secondary market for claims, as well as the signing of more and more forward flow deals (FFD) – a type of framework agreements.

“We see an increase in the volumes sold under such contracts and I expect this growth to remain stable in the next year or two years. After the crisis, banks cleared many of their NPLs by selling them in large packages. We are seeing such auctions even now, and the forward flow deals are the next step – with them the creditors regularly sell overdue receivables”,  Dimitar Bonchev explained.

FFD have several major advantages, the main one being the minimum cost of time and money. They have a regular sale of overdue debts from a specialized company and so the debts do not accumulate in the balance sheets of financial institutions. Last but not least, the price of such, earlier deals is significantly higher than if one waited long after the delay.

According to a study by ACABG this year, the share of debt related to banking and insurance products has been reduced at the expense of debt accumulation due to non-bank loans, utilities, telecommunications products and leasing of goods.