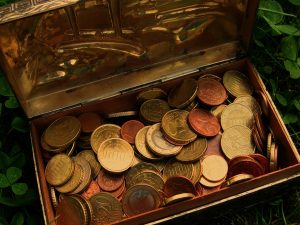 Financial inequality is getting deep and the fears of inflation motivating people to try stabilizing their finances. These are the conclusions of the new European Payment Report (EPR), published this week.

The Europeans are concerned about the impact of rising inflation on personal finances and debt, summarize the research, conducted among more than 24 000 participants in 24 European countries between 21st of July and 26th of August, 2021. The COVID-19 pandemic is casting a long shadow over consumers’ financial wellbeing, noted the study.

According to the report, the recovery differs by region, income and age group, but the pandemic has raised financial awareness among consumers, who are trying to improve their financial literacy and resilience. Around 40% of the Europeans appreciate their current financial situation as worse than the beginning of 2020. By region, this figure varies from 44% in Eastern Europe, 43% in Southern Europe, to just 31% in Northern Europe. Almost half of the households with low income report being worse off today, while high-income families this share is only 32%.

Тhe younger generation have been hit harder. Four in 10 young people (18-21 years old or Generation Z), respond that they are in worse situations than before the pandemic. For comparison – 30% of “baby-boomers” (55-64 years old) are in the similar situation.

The report suggests that consumers are worried about rising prices having a negative impact on their personal finances. Concern over debt is also growing. Many believe that their financial wellbeing will be at risk for some time to come, with a significant minority expecting the crisis to affect their finances for at least another 12 months. Almost 70% of respondents say they are concerned about the impact of inflation. The most concerned of this aspect are the people in Southern and Eastern Europe, the least concerned – in Central and Northern Europe. Many would struggle to manage a significant rise in prices. Now 40% of the Europeans have less than 20% of their salary left after paying bills.

The pandemic has a bright side – it has motivated consumers to improve their finances. Almost 60% of respondents expect another crisis during their lifetime and are striving to be in a stronger financial position before a future crisis. As a result 40% of respondents are putting aside money or setting targets to manage their bills. The same number is the share of young people (Generation Z), who are looking at the crisis as an opportunity to improve their finances. About the “millenials” (born between 1980 and 1996) this share is 36%.

Parents recognise the importance of starting to educate their children about personal finances from an early age and are attempting to instil positive behaviours in the next generation. According to EPR, 57% of parents spend time helping their children to understand financial terms and principles of financial management. Almost the same share of respondents put aside more money as a safety net for their children. It’s interesting that 60% encourage their children not to take on debt.