The most pressing concerns for managers are late payments and access to liquidity, according to the European Payment Report 2020 Special Edition 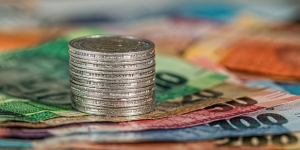 Businesses in Bulgaria are more optimistic in the context of the unprecedented COVID-19 crisis and widespread negative expectations in most European countries, according to the European Payment Report 2020 Special Edition. The report examined the impact of the COVID-19 pandemic on European business outlook and payment behaviour. The survey was conducted in the first half of 2020 and covered nearly 10 000 companies in 29 European countries, including Bulgaria.

The long-term economic effects of COVID-19 will not only impact businesses, but also consumers, as financial pressures negatively impact their ability to pay invoices to companies, noted the authors of the report. Amidst the unprecedented crisis, safeguarding cashflow has become a question of survival. One of the main conclusions in the report is that a majority of companies are concerned that late payments threaten their survival and SMEs are particularly vulnerable for unfavorable payment terms.

In the context of the economic shock due to COVID-19 only one third of Bulgarian businesses (33%) believe that the recession is inevitable in the country. More than half (56%) of the European survey respondents share the same concerns about their local  economies. Only Croats (27%) are more optimistic than Bulgarians. Italians (83%) are the most pessimistic about their economy, as Italy was one of the most affected Еuropean countries by the coronavirus epidemic during the spring.

Late payments and liquidity squeeze as a consequence of the crisis are among the main concerns for managers in the context of the current COVID-19 situation. The perception of Bulgarian managers (43%) is almost the same as the average in Europe (45%). A majority of companies in Bulgaria (70%) are forced to accept longer payment terms than they feel comfortable like businesses in most European countries.

Bulgarian businesses rely heavily (69%) on the voluntary initiatives of its counterparties in order to tackle the problem of late payment. Almost half (47%) of respondents in Еurope would like to see voluntary initiatives from corporations in order to solve the problem of late payment. A lot of Bulgarian managers would like to see the introduction of new legislation like the EU Late Payment Directive. 23% of European businesses in the survey say they always use the EU Late Payment Directive. Last year, 71% of respondents stated they were not aware of the directive, according to the authors of the report.

As expected, the hospitality and leisure sector has taken a big hit due to COVID-19. About 4 in 10 survey respondents from this sector say that a recession will have a severe impact on their businesses – the highest figure of the industries surveyed.

Beyond the data in the European Payment Report 2020 Special Edition, the difference in perceptions and optimism in Europe is largely explained by the registered leading economic indicators of the respective countries. Bulgaria’s gross domestic product (GDP) decreased in the second quarter of 2020 by as much as 10% compared to the first three months and declined by 8.5% year-on-year. However, it was less than the average contraction of the EU and the eurozone economies. From April to June the EU economy as a whole fell by 11.4 % and the eurozone shrank by 11.8%. In annual terms, the EU economy declined by 13.9%, while the eurozone was down by 14.7%.