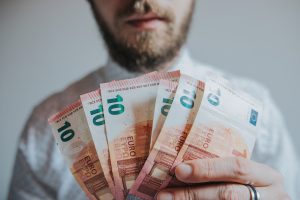 Bulgaria continues to have higher levels of non-performing loans (NPL’s), compared to average EU levels, despite the increasing sales of NPL’s portfolio since the beginning of this year, latest data says.

Overall, banks in Southeast Europe (SEE) reported rising profitability, strong loan portfolio growth, and NPL’s reduction in 2017, according to SeeNews TOP 100 SEE 2018. All countries in the region reported a decline in bad loans, thanks also to the active sales of portfolios. The most significant was the decline in overdue loans in Romania and Slovenia, where levels dropped to 6.4% and 6%, respectively.

The most active on the market is Romania. In period of 2015-2017 banks sold portfolios with a nominal value of 6.4 billion, according to the data of the international consulting company Deloitte. A strong decline in the share of NPL’s  also marks Albania – by 5.1 percentage points to a level of 13.2% at the end of 2017. Serbia is even better off with a decline of 6 percentage points to 11.1% at the end of November 2017.

SeeNews also finds a relatively high level of overdue loans in Bulgaria compared to the average EU level of 10.7% at the end of 2017. However, systematic risk is mitigated by the high liquidity in the banking system and by the well-prudent portfolios. Thanks to the active sale of portfolios for only a few months, the situation in Bulgaria has improved considerably and by the end of June this year 9.3% of the loans have been identified as “bad”. According to information from the Association of the Collection Agencies in Bulgaria (ACAB) in the first half of the year was sold NPLs for about BGN 585 million – almost 60% more than in the first half of 2017. The forecast of the Debt Collection Agency (DCA),  part of the Norwegian B2Holding, is until the end of the year the debt sale market to reach BGN 2 billion.

A few days ago, DCA acquired a portfolio of NPL’s with a face value of nearly EUR 250 million from Unicredit Bulbank, the largest deal for a portfolio of defaulted loans in the history of the country. The package includes unsecured and secured loans to individuals, small and medium-sized businesses and corporate clients.

Overall, the EU reports a sustained decrease in bad loans to an average of 3.6%. Differences, however, remain in individual states. In three countries,the share of NPLs exceeds the psychological 10% – Greece (44.8%), Cyprus (34.1%) and Portugal (12.4%). However, the EU is far worse than the US and Japan, where the share of bad loans is slightly above 1%.

The high share of non-performing loans is the main reason for the low profitability of European banks, according to an analysis by the European Parliament (EP). To address the problem the European Commission and European Central Bank have taken a number of measures and initiatives, including sales of non-performing loans and stimulating the secondary debt market. Participant in the conference will be Georgios Christoforou, BHolding’s regional director for Southeastern Europe (SEE) and Chief Executive Officer of B2Kapital SA-Greece.