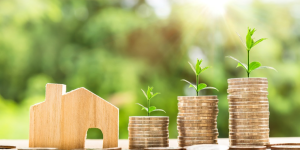 The downward trend in problem loans at Bulgarian banks continues. According to recent BNB data, debt, classified as “bad” and “restructured” have fallen to 8.9% by the end of June. At the same time, lending continues to grow up.

Compared to the end of last year, the decline was 3.5 percentage points. Corporate loans, excluding those of financial companies, continue to account for the largest share of overdue and restructuring – 9.5%. Consumer households  account for 8% and mortgage households for almost 9%. If it take out overdraft loans for businesses and households, the share of troubled loans is 11.5%, including debt in Bulgarian lev and another currency. Overdraft is used for working capital, it is short-term and interest is accrued only on amounts used, not on predefined ones, as with classic loans. Businesses often resort to overdrafts in the short term.

Bad loans are those that have not been serviced for more than 90 days or more. In the quarterly statistics of the Central Bank are combined with loans that have been renegotiated – debt, which are serviced but under different conditions as the customer has difficulty paying. The latest bad credit data, excluding restructured ones, are from the end of 2018 and shows a level of 7.5%, continuing the downward trend. Corporate loans play a greater role in consumer loans, and consumer and mortgage loans play a smaller role.

By the end of the first half of the year, the volume of loans was already over BGN 56 billion, an increase of almost 6% on an annual basis. Loans of up to one year decline, while loans over five years grow – by more than 10% per year. This has happened in previous quarters and is an indication that more and more users are feeling sure enough to plan for the long term.