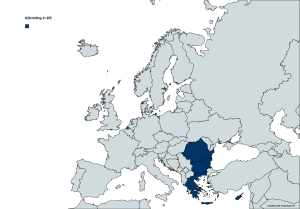 Bulgaria, Romania, Greece and Cyprus have attracted more than 15% of the investments of Norwegian holding in overdue debts for the period

The Norway based B2Holding, presented in Bulgaria by Debt Collection Agency (DCA), recorded a significant increase in its financial results from the operations in South Eastern Europe (SEE). The region remains a priority for the Holding in the investments of non-performing debt portfolios, shows the company’s results for the first quarter of 2021.

In the first three month of this year B2Holding invested €3 million in acquiring new debt portfolios in Bulgaria, Romania, Greece and Cyprus. Northern Europe is the only region with bigger investments – in Norway, Sweden, Finland, Denmark and Baltic countries. Investments in the new portfolio reached €13 million for January-March. In general, the Company has invested less money in purchasing overdue debts compared to the first quarter of 2020, but SEE is the region with the smallest decline of investments (see the chart below).

“The first quarter showed strong performance, with both unsecured collections and secured recoveries performing better than expected. I am very pleased to see that our strategic initiatives are showing results”, commented Erik Johnsen, Chief Executive Officer of B2Holding. “Within unsecured, we have performed better than latest forecasts, noted Johnsen. Throughout the pandemic, Northern Europe and Poland have shown resilience, and I am pleased to see that several countries in Central and South Eastern Europe are also showing better performance as lockdown measures are gradually lifted”, said the CEO.

The CEO of B2Holding sees a promising future for the debt management industry.

“Although NPL transaction activity is still quite low compared with previous years, we do see signs of increased activity and we expect a more active market in the second half of 2021 and on into 2022”, says Johnsen and also noted:

“We are well positioned to take part actively in a NPL market which we expect will present attractive opportunities going forward”.

From January to the end of March SEE has generated €10.5 million revenues for B2Holding, which is 16% increase on the year base. Operating profit in the region increased almost five times, reaching €2.8 million.

The full presentation is on the corporate website here.