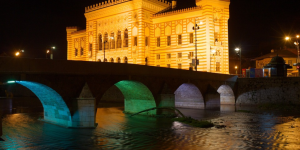 Italian banking group UniCredit it has agreed to sell its non-performing credit portfolio in Bosnia to Zagreb-based B2 Kapital, a subsidiary of Norway’s B2Holding Group. The legal claim value of the portfolio, which consists entirely of Bosnian loans, is some 24.5 million euro.

In particular, UniCredit is selling a portfolio on a non-recourse basis composed of secured and unsecured non-performing loans (NPLs) granted by its two Bosnian subsidiaries – Banja Luka-based UniCredit and Mostar-based UniCredit Bank, to small and medium-sized companies and corporate customers.

The sale is part of the group’s ongoing strategy to reduce non-performing exposure and is expected to impact its third-quarter accounts.

In Western Balkans B2Holding is also presented in almost every countries, including joint-ventures partnership with Switzerland-based DDM Group. In the beginning of this year two partners acquired EUR 800 million portfolio non-performing loans in Croatia.  Thanks to the active sells of non-performing debts, bad loans in the Balkan region are significant

In the Western Balkans, B2Holding is also represented in almost all countries, including through its joint venture partnership with the Swiss DDM Group. At the beginning of the year, the two partners acquired a portfolio of 800 million euros in non-performing loans in Croatia. Due to the increased sales of overdue receivables, bad loans in the region of the entire Balkan Peninsula have significantly decreased in recent years.

In Bosnia and Herzegovina non-performing loans in bank sector are 8.2% at the end of March, 0.3 percent points decrease from December. In Croatia they are 9.5%, which is high level, but the decreasing since September is 0.7 percent points.